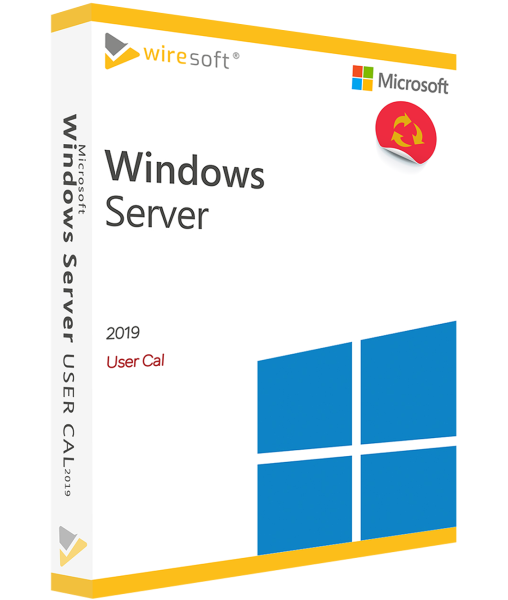 Microsoft Windows Server was the breakthrough for servers, whether in a home or professional use. Creating and connecting a network is not only easy with this operating system from Microsoft, but also efficient and secure. With Microsoft Windows Server 2019 User Cal, the user now has the ability to connect to a network remotely. This will better and effectively connect the user to the company's network when the user is working in a different location. This article explains what this software is all about and what to look for when installing it.


What exactly is Microsoft Windows Server 2019 User Cal and what can it be used for?

This software is an operating system from Microsoft that allows the user to connect directly to a corporate network. This makes the user more integrated with the company's network in a better and effective way, allowing them to get their work done quickly and securely. As a rule, the entire server can be accessed, so that even working with larger files becomes relatively quick and uncomplicated. This license is a so-called CAL (Client Access License), which is bound to a user and not to a device. This allows the user to work on multiple devices and connect to the server.
The system is available in different languages and can be installed and configured in different languages.
With Windows Server 2019, the integrity of Linux software has also been significantly improved. Since Windows Server 2019 now also supports tools and utilities such as Curl, Tar and Open SSH, connectivity between these two systems has been made much easier. Thus, projects can be built and tested in parallel on both operating systems.
The administration of the connected computers has been simplified and is now also browser-based. This therefore also allows editing and monitoring on a tablet.


What should be considered when installing Microsoft Windows Server 2019 User Cal?

As a rule, the installation is carried out in exactly the same way as a normal Windows installation. Each respective server can be accessed either through a terminal (command line) or through the GUI. This usually depends on how the server itself was configured, with which the user wants to communicate. It is irrelevant from which device the user starts the system, because the license is bound to the user and not to the device.

What are the hardware requirements for Microsoft Windows Server 2019 User Cal to run smoothly?