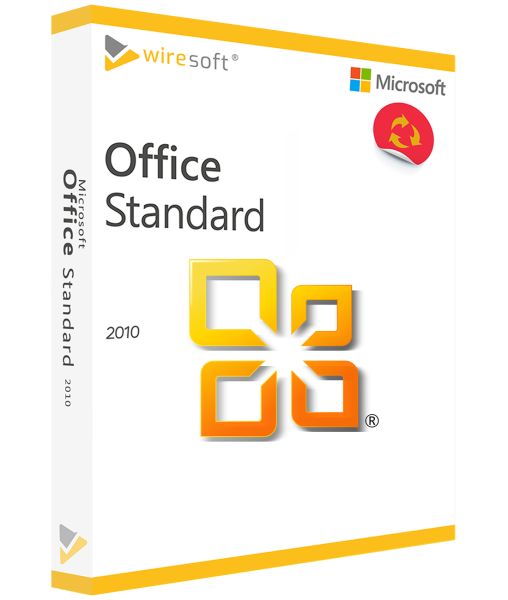 Here is some information about Microsoft Office 2010 Standard as an onlineMLK download in German and many other languages:

Product information: Microsoft Office 2010 Standard has been available since June 2010 and enables consistently productive work on PCs, mobile phones and Web browsers. Microsoft Office 2010 can be purchased here as a software license as a volume license. The following applications are included in this software package:

To install and use the software optimally, you will need a 500 MHz processor or higher. However, if you want to use Microsoft Outlook with Business Contact Manager, a minimum of 1 gigahertz (GHz) processing power is required.

The main memory should have at least 256 MB RAM or more. However, we recommend at least 512 MB for optimal use of graphic features, MS Outlook with Business Contact Manager, Communicator, MS Outlook Instant Search and certain advanced functions.

Buy software cheap and save money - installation on the following operating systems:

This is why you should buy Microsoft Office Standard 2010

Do your work in the best possible way, no matter where you are. Use the versatile software at work or at home. It doesn't matter whether you use a computer, a telephone or a web browser. From revealing updates for Excel, PowerPoint and Word to a clear view of your email through Outlook, Office 2010 Standard keeps you productive. Use Word to impress with attractive text, Excel to create elaborate calculations, or PowerPoint to impress with attractive presentations. When you buy Microsoft Office 2010 Standard, you'll discover the capabilities you expect.